Egypt’s blocking of microblogging service Twitter appears to be doing a particularly bad job of keeping a lid on the situation in the country, as news of police beatings and riots in the streets leak out – and now Anonymous has turned its attention to the country. 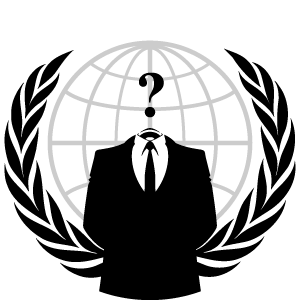 Logo of the hacking group Anonymous.

Following the country’s decision to block Twitter late last night as thousands of protesters took to the streets in anger at the thirty-year rule of the current president, digital vigilante posse Anonymous has started a campaign of distributed denial of service attacks against Egypt’s Internet infrastructure.

According to a press release, the demands on the Egyptian government are simple: “Anonymous wants you to offer free access to uncensored media in your entire country. When you ignore this message, not only will we attack your government websites, Anonymous will also make sure that the international media sees the horrid reality you impose upon your people.”

While this isn’t the first politically motivated attack by Anonymous, it’s an interesting move by a group better known for its support of file sharers and its hatred of those who attempt to litigate against those accused of uploading music, movies, and video games.

Meanwhile, despite the government’s best attempts to block communications with the outside world, information about the protests in Tunisia continues to leak out – including a dramatic photo of a lone protester facing down a wall of riot police, which was posted on the social news site reddit today.

Guardian journalist Jack Shenker, meanwhile, has supplied the paper with perhaps the most shocking of revelations thus far: an audio recording of himself and several protesters being rounded up by police, driven through the city, and beaten.

It’s clear, despite the Egyptian government’s attempts at censorship, that things aren’t going too well for President Hosni Mubarak.