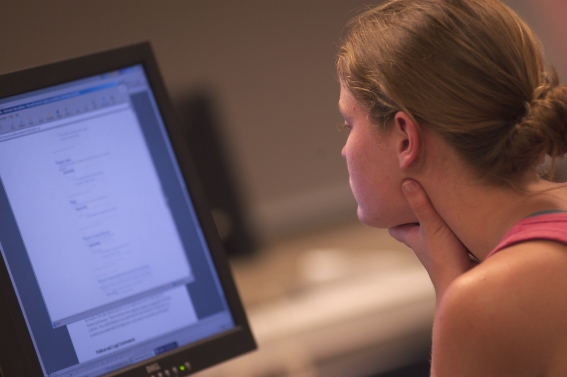 The American Civil Liberties Union is threatening to file suit against a suburban Chicago school district unless that district stops blocking gay and lesbian advocacy websites on its school computers.

Avoca School District 37 has one week to correct the problem before ACLU takes legal action, the organization said in a letter to the district. But schools officials are arguing that the accusations of censorship are “utter nonsense,” and that they need more time to implement the policy sensibly.

The dispute is a result of the ACLU’s national “Don’t Filter Me” campaign, a nationwide push to keep educators from banning LGBT-related content from school computers. The organization filed letters with districts in Michigan, Texas, Pennsylvania and Virginia, Wilmette Patch reports, and asked any students who felt discriminated against to come forward.

A 14-year-old from Wilmette, an affluent North Shore suburb of Chicago, Illinois, contacted the civil rights organization and complained that certain gay-related websites were blocked on school computers.

After Freedom of Information Act requests were filed and documents handed over by the district, the ACLU determined that the school used a filtering program from Lightspeed Systems to control what content could be accessed on its networks. The district chose to block the “education.lifestyles” category, among others, the Chicago Sun-Times writes.

That category blocks websites like the Gay Lesbian and Straight Education Network and other sites that inform visitors about gay and lesbian issues. But, as TribLocal reports, it allowed access to pages like the Illinois Family Institute, which says that “homosexual behavior is against God’s will.”

“The censorship at Avoca points out the flaws of these filtering systems,” said John Knight of the Illinois ACLU in a press release. “The filters deny student access to educational sites that could enhance the academic experience for all students, but permits access to ideologically-based websites that seek to marginalize and discriminate against LGBT individuals and families in our state.”

District Superintendent Joseph Porto was completely blown away by the accusations, stating that he had no knowledge of them until hearing about it from the press.

“I was taken aback by this because I was informed about this ACLU accusation by the Tribune reporter,” Porto said Thursday, according to Patch. “We have a history of being open and progressive in this area. And to be accused of this is just utter nonsense.”

“Now that it has been brought to our attention, we are going to research it carefully and intelligently,” he said, according to the Sun-Times. He also expressed concern about the short, one-week timeline given by the ACLU to make the changes.

Avoca D37 is a two-school district that has a total enrollment of 666 K-8 students in the suburban areas of Glenview, Northfield, Wilmette and Winnetka. Porto’s tenure as superintendent of the district ends on June 30, at which time Kevin Jauch will take over.