Special Report: US Supreme Court to Rule on Gay Marriage 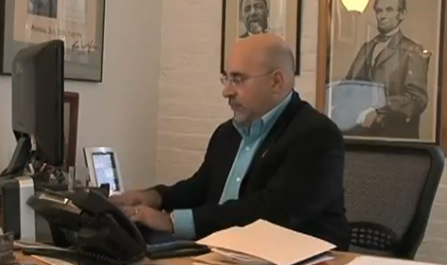 The issue of same-sex marriage heads to the U.S. Supreme Court March 26 and 27.

The high court will hear a challenge to California’s ban on gay marriage and will also consider a federal law that defines marriage solely as the union of a man and a woman.

Supporters of gay marriage believe public momentum is on their side as they prepare for two legal showdowns at the Supreme Court.

“We’ve gone from zero states to now nine states plus the District of Columbia, our nation’s capital here in the U.S., and 14 countries on four continents where gay people can now share in the freedom to marry – all up from virtually zero a little more than a decade ago,” said Evan Wolfson, founder and president of Freedom to Marry.

“There is no doubt that we in this country are in the midst of a change in attitude about gay issues, gay-rights issues and gay marriage. Over the last five to seven years it has changed dramatically,” Brown said.

Two separate cases on same-sex marriage are before the Supreme Court.

In one, the high court will decide whether California’s ban on gay marriage known as Proposition 8 is constitutional.

In the second case the Supreme Court will consider a challenge to a 1996 federal law known as the Defense of Marriage Act, which defines marriage as the union of one man and one woman.

Conservative opponents of gay marriage have been preparing for the legal battles, including Peter Sprigg of the Family Research Council.

“Society needs children. Children need a mom and a dad. That’s why we think marriage should be defined as the union of one man and one woman,” Sprigg said.

“If the court decides that it is a violation of the United States Constitution to limit marriage to the union of one man and one woman then they could theoretically impose the legalization of same-sex marriage on all 50 states in the union,” Sprigg said.

Wolfson says the question is whether the nine-member Supreme Court will reflect or reject what he believes is growing public support for same-sex marriage.

“People have had a chance to see it with their own eyes. It went from being an abstract idea that was easy to scare people about into a reality that people now see in many states and many countries. Families helped and no one hurt when we end this discrimination,” Wolfson said.

The political winds appear to be shifting on gay marriage. Former Secretary of State Hillary Clinton opposed the idea during her presidential run in 2008. But she recently came out in favor of it in a Web video produced by the Human Rights Campaign, a leading gay-rights group.

“And they are full and equal citizens and deserve the rights of citizenship. That includes marriage,” Clinton said.

Republican Senator Rob Portman of Ohio surprised fellow conservatives with his recent switch to support gay marriage because his son is gay.

But others remain opposed, including Florida Senator Marco Rubio, a possible presidential contender in 2016.

“Just because I believe that states have the right to define marriage in the traditional way does not make me a bigot,” Rubio said.

The Supreme Court will issue rulings in the two gay marriage cases by the end of June.

One comment on “Special Report: US Supreme Court to Rule on Gay Marriage”