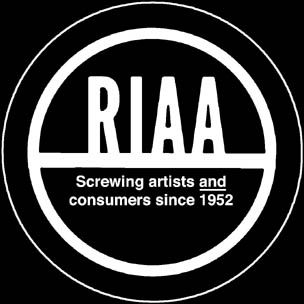 In its ongoing battle against music piracy, the Recording Industry Association of America (RIAA) is backing a bill in the California legislature, SB 550, which permits the police to disregard the Fourth Amendment. SB 550 would allow law enforcement to search without a warrant any CD, DVD, Blu-Ray or other “optical disc” manufacturer to ensure the discs they are producing carry legally required identification marks. SB 550 easily passed in the Senate yesterday and is now headed to the State Assembly.

The Supreme Court has long recognized that the Fourth Amendment’s prohibition on unreasonable searches and seizures applies to commercial property.1 In most instances, a warrant is required to search a business. However, there is a narrow exception that permits warrantless searches of “closely regulated” industries if: (1) there is a substantial government interest in the search; (2) the warrantless search is necessary to further that interest; and (3) there are constitutionally adequate substitutes for a warrant. Plus, the warrantless searches must be limited in time, place and scope.2

SB 550 attempts to frame the optical disc manufacturing industry as “closely regulated”, bringing it within this otherwise narrow exception to the warrant requirement. But there are at least four problems with this theory.

1. Optical Disc Manufacturing Is Not a “Closely Regulated” Industry

A “closely regulated” industry is one that has a history of government oversight and regulation.3 Usually, this means industries that have some connection to the public’s health and safety, such as automobile junkyards, liquor license holders, firearm dealers, mine operators and nursing homes, that require permits to operate.

2. There Is No Substantial Government Interest

All the industries mentioned above have an effect on the public’s health and welfare, which is why the government has a substantial interest in regulating them. This is true even of automotive shops, as car theft leads to higher insurance premiums for consumers. Regulating stolen car parts takes unsafe vehicles off the road, and discourages people from getting shoddy mechanical work with stolen parts. And most importantly, it reduces the violence associated with car theft. The same concern about public health is why the government regulates mining, one of the most dangerous professions in the world.

But there is no substantial government interest in regulating disc manufacturers. According to the bill’s sponsor, state Senator Alex Padilla (D-Pacoima), fraudulent CDs and DVDs “steal revenue from artists, retailers and our entertainment sector” and “undermine our economy and California’s role as a global leader in music and film.” Of course, it’s important to help make sure artists are rewarded for their hard work. But pursuing that goal shouldn’t come at the cost of ignoring the constitutional rights of California small businesses. And of course, permitting the warrantless searches themselves may undermine the California economy if optical disc producers decide to move their business out of the state altogether to escape the law.

Obtaining a warrant requires only that the police have probable cause to believe a particular manufacturer is engaging in illegal activity. If they have that belief, a warrant can be obtained and a plant searched. The police can still have the element of surprise on their side, as a search warrant does not require prior notice to the businesses or the public.

4. There Are No Limits to the Searches Authorized by SB 550

SB 550 claims that the “scope of the inspection shall be restricted to the physical review of items and collection of information necessary to verify compliance” with state law. But in the next paragraph, the bill empowers law enforcement to:

These aren’t limits, but a blank check: without a warrant or any suspicion of wrongdoing, law enforcement can take whatever they want, wherever they want, for as long as they want. Nothing about this is “reasonable” under the Fourth Amendment.

SB 550 Is Nothing More Than A Criminal Fishing Expedition

Rather than creating a tool to regulate the optical disc industry, SB 550 arms law enforcement with sweeping new powers with little justification. It’s doubtful that warrantless snooping of optical disc plants will have any effect on the losing battle against piracy. It’s clear that the market for CD sales is shrinking with the advent of digital music files, internet radio stations, and online music lockers. Perhaps the RIAA needs to rethink its business model rather than push for a powerful—and unconstitutional—tool. All Californians—not just the optical disc industry—should stand up to protect the Fourth Amendment. Now is the time to write your local Assembly member to oppose SB 550 and require law enforcement to come back with a warrant!